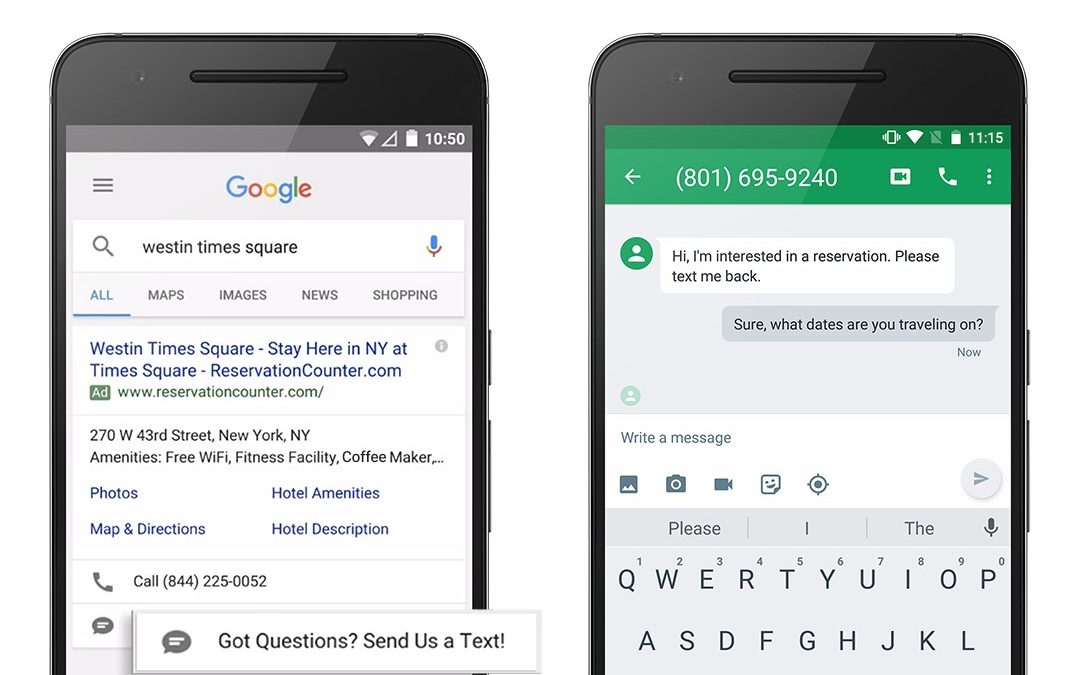 Customers preference for text messaging is increasing, and Google is responding!  Google has enhanced its mobile search capabilities to include text messaging between customer mobile devices and text-enabled businesses thanks to AdWords Message Extensions. 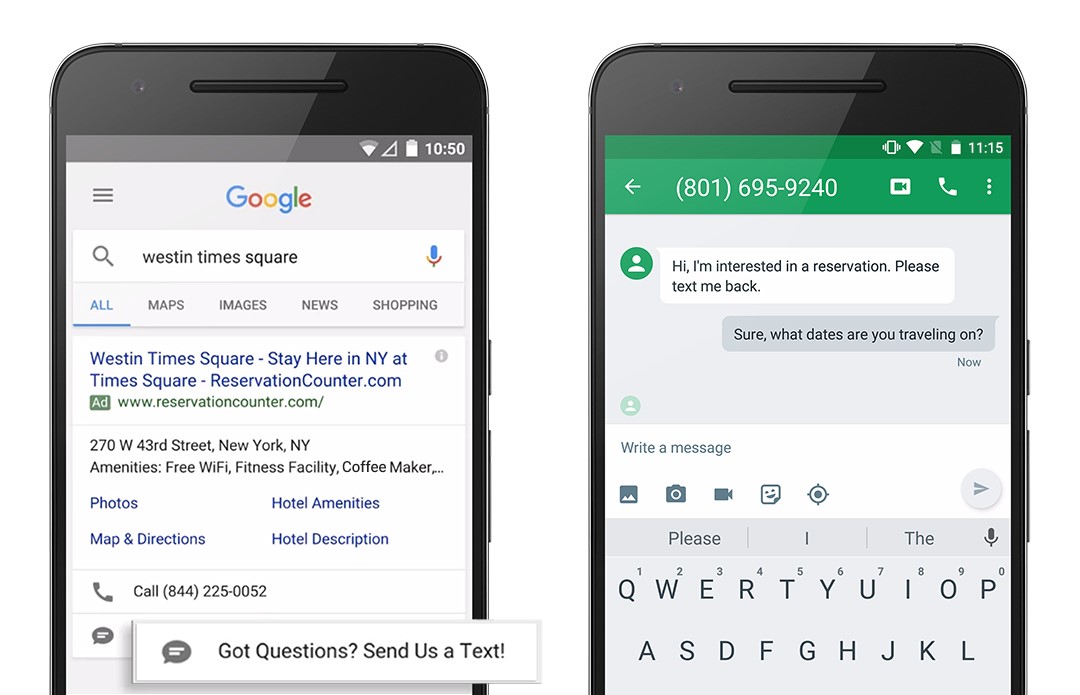 AdWords message extensions allow people to see your ad, click an icon, and contact you directly by text message to book an appointment, get a quote, ask for information, or request a service. Message extensions can help grow your business by giving people another – and often preferred —  method to reach you.

Message extensions are designed to be shown only to people on phones capable of sending and receiving text messages, and they require your business to have a phone number that is able to receive, process, and send text messages.

When someone taps the message icon in your ad from their mobile device, their messaging app will open with a pre-populated message that you create.

Nick owns a car dealership and is running an AdWords campaign for a sale on SUVs. He sets up his Google message extensions to quickly communicate with his customers about his inventory.  When his ad appears, a message will pop up with “All SUVs on Sale. Text to Save Now!”  When the users taps on the message, a new pre-populated message from Nick will appear in their messaging app.

When someone taps your message icon, you’re charged for a click – just as if the person tapped on your ad to go to your website.

With just 6-months on the market message extensions are already showing a 50% higher conversion rate over a mobile ad alone and rivaling the success of call extensions.